Tanjong Pagar is a historic district located in the Southern edge of downtown Singapore. It’s the city that most accurately represents Singapore’s transformation from a fishing village to one of the world’s most advanced cities today. It’s also popular for its rows and rows of colourful shophouses and alleys of interesting culinary selections.

Where to Find Serviced Offices, Coworking Spaces, and Private Offices in Tanjong Pagar

Tanjong Pagar is an ideal location for those looking to get that balance between work and play. This are is popular for its nightlife and as an international dining hotspot in Singapore. On top of this, it’s considered as a prime locations for business. There are several flexible offices in and around the area including McCallum Street and Wallich Street.

osDORO can help you narrow down your options in Tanjong Pagar. Choose from hundreds of offices and get the best deal with our help. Book a private tour of our serviced offices, private offices, or co-working spaces in Tanjong Pagar.

Tanjong Pagar used to be called Salinter or Salintar which means “a fishing village.” This name is attributed to the many kelong, a kind of fishing trap made from wood stakes and cross pieces, which lined the coast of Tanjong Malang village all the way to what is Tanjong Pagar today. According to a local legend, the locals in Singapore used to suffer from vicious swordfish attacks so they built a barricade of banana stems along the coast as instructed by the king, Sri Maharajah, so that the barricade would wind up trapping the snouts of swordfishes as they attacked.

Since the 1600s, Tanjong Pagar served as an enclave for thousands of Chinese and Indian migrant dock workers between the docks and the town. At the time, this gave rise to much traffic between the docks and the town and rickshaws became prevalent in the area. Due to their popularity, the government even put up a Jinricksha Station at the junction between Tanjong Pagar Road and Neil Road in 1904.

With more and more workers crowding Tanjong Pagar, land prices in Tanjong Pagar went up and attracted rich Chinese and Arab traders to buy properties there. Meanwhile, the rapid increase in population also led to overcrowding, pollution, and problems with opium smoking and prostitution so that Tanjong Pagar eventually deteriorated into an inner-city ghetto.

Still, many benefited from Tanjong Pagar’s rich soil. Europeans and wealthy Chinese bought huge plots of land in the 1830s and ‘40s to be used for planting gambier, nutmeg, and fruits. This gave rise to jobs and soon more villages were erected in the district with more and more Hokkien people moving in.

Come World War II, Tanjong Pagar was predominantly populated by the Hokkien working class and some Indians. By the latter half of the 1990s, the Suez Canal was opened and steamships became popular. This led to the development of Tanjong Pagar’s naturally deep harbour into the New Harbour, which we know today as Keppel Harbour. This signalled the beginning of Tanjong Pagar’s growth until it became highly urbanised in the late 1900s. Hills were levelled, many roads were built, and commercial and residential properties proliferated. In the mid-1980s, Tanjong Pagar was the first area gazetted under Singapore’s conservation plan. When the plan was implemented, many of the area’s infrastructures were restored to how they originally looked and Tanjong Pagar changed into a fashionable district known for its thriving businesses, cafés, bars, and restaurants.

Tanjong Pagar Plaza is a shopping centre with around 130 shops. One can easily find what they are looking for among the wide variety of shops, from stores that sell traditional handicraft, artisan items, and Chinese products to outlets with great bargains on clothes, cosmetics and electronics

Formerly Tanjong Pagar Centre, Guoco Tower is Singapore’s tallest skyscraper today. It stands 950ft., a record previously held jointly by UOB Plaza, One Raffles Place, and Republic Plaza. Aside from its office building, one should check out its rooftop Urban Park or its hotel by Sofitel Hotels & Resorts.

Also known as Koreatown, this area in Tanjong Pagar grew along with the popularity of South Korean Pop Culture. Here, one can find Korean cosmetic stores, Korean food chains and restaurants, Korean supermarkets, and even Korean bridal shops!

Built for the worship of Mazu, a Chinese sea goddess, Thian Hock Keng Temple is the Hokkien people’s oldest and most important temple in Singapore and it was gazetted as a national monument in 1973.

Where to Eat in Tanjong Pagar

One of the most well-known and visited food centres in Singapore is Tanjong Pagar’s Maxwell Food Centre. Not only is it a great place for tourists, but locals also come here for convenience and affordability!

3 mins to One Raffles Place (Shops)

Let Us Build A Workspace Solution For Your Unique Requirements.

Over 6 million professionals and businesses have used Coworker to find coworking space that fits their unque needs.
Post Your Requirements

Personal concierge to find the best office pricing for any location We can organise a single desk all the way to the entire office floor. Businesses, corporates, startups and professionals who need flexible office spaces.

Your dedicated concierge is a local in the area. Intimately understands the city, will actively take you on the tour and will find your business the best home.

We'll notify you of any office space that suits your requirements. Avoid the need to constantly search, browse or wait for scheduled emails. We will customise everything.

5 Qualities of an Effective COO

5 Traits You Should Seek in an Effective COO

How to Conduct an Effective Training Session

The Work Project vs. Distrii

WeWork vs. The Hive 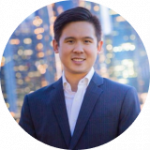 Get Office Quote
Do NOT follow this link or you will be banned from the site!