Ever since we were little, our brains have flourished on day-to-day habits and routines. And while it is stereotypical to assume that creative people sit around and wait for inspiration to come unexpectedly, pursuing a well-established daily ritual is what makes some of the most famous innovative minds in history reach their creative potential. For them, following a daily habit or routine has a trigger effect that brings about the particular state of consciousness which is essential for creative work.

From having a nice cup of joe to chop up wood, let’s have a look at some fascinating and bizarre routines of 10 successful creatives throughout history. The American painter and graphic artist had a “healthy breakfast”, described by his facilities supervisor Matthew Hall. He’d take his vitamins, then drink an espresso. “My God, he’d have a triple, double espresso.” The main part of Rauschenberg’s morning routine was watching The Young and the Restless religiously. He was a TV person, soap operas and other television programs were played constantly in his studio while he was working. 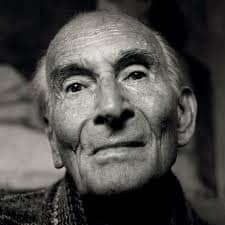 The Polish-French modern artist Balthasar Klossowski de Rola, also known as Balthus, had a more quiet and peaceful habit than Rauschenberg’s. In his later years, he enjoyed his breakfast at around 9:30 a.m every morning. After going through the mail, he analyzed the quality of sunlight to decide whether or not he would paint that day. If the light was ideal, he’d walk to his studio in a nearby village in the late morning or early afternoon to get to work. But before that, he said a prayer and meditated for several hours, while remaining smoking, in front of an incomplete painting.

With his strict working routine, the British Turner Prize-winning painter Chris Ofili had successfully made the basis of an exhibition at the Studio Museum in Harlem. Ofili arrived each morning between 9 and 10 a.m to begin his work in a corner space in which he dived in his large, collaged oil paintings, and a separate corner for watercolors and drawings. After dividing a large sheet of paper into eight equal pieces, he would loosen up by using his pencil to make abstract marks. Next, he would proceed to watercolor, painting a different African person’s head on each sheet. It took him approximately 5 to 15 minutes to finish each piece. However, a total of 181 watercolors took him over a decade to complete. Every weekday morning from 1976 to 1987, Andy Warhol woke up and had a two-hour-long phone call with his friend Pat Hackett to dictate the previous day’s events. Afterward, he would take a shower, get dressed, and take his two Daschunds downstairs to the kitchen where he ate breakfast with his housekeepers. Next, he spent the rest of the morning shopping on Madison Avenue, in the Jewelry District, in the Village antique shops, or at auction houses. Andy Warhol always had a habit of having a few copies of Interview on hand to encourage store owners to advertise or hand out to endorsing fans.

Due to the fear of the severe depression he once had might return, he obeyed his routine religiously. He woke up daily at 6 a.m. He bathed and had a light breakfast of coffee and bread, before facing his easel. He painted constantly from 7 a.m to noon. Then, he would leave his studio and exercise for an hour. Miró participated in many different activities such as jumping rope, boxing, swimming, etc.

The American artist is absolutely a morning person, he rose at 5 a.m and immediately set to chopping wood until 6:30 a.m. Afterward, he would consume a full breakfast of grapefruit, pancakes, eggs, and a coffee. Before heading to work and waiting for the food to settle, he would head up the hill to his Pennsylvania studio and compose a few letters which he mailed then and there. Then, the artist threw on a smock. lit his pipe, and began to paint. If he was stuck on ideas, he would tape a little piece of cardboard to the side of his glasses to hide the view of his studio’s large north window.

After having a nice cup of tea, Bourgeois was ready to go to her Brooklyn studio from her Chelsea row house at 10 a.m. Since the least noise would anger her. She demanded absolute silence and solitude in her studio while she was working. Bourgeois typically spent her morning preparing for welders and other technical assistance. After lunch, in order to recover slightly so she could get back to sculpting later in the day, she would draw for several hours. 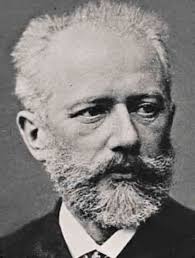 The Russian composer Peter Ilyich Tchaikovsky was a firm believer of following his routines no matter what happens. He maintained a habit of walking exactly two hours a day and that if he returned even a few minutes early, great misfortunes would befall him. 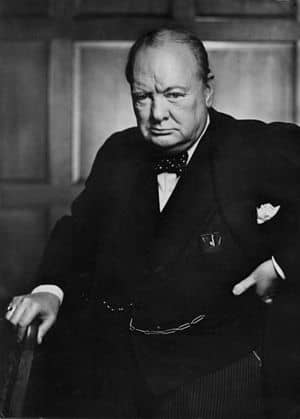 Although Churchill tended to wake up at 7:30 a.m, he remained in bed to have his breakfast, read all the national newspapers, and dictate to his secretaries. At 11 a.m he would finally get out of bed to take a bath and walk around his garden with a weak whiskey and soda.

We wouldn’t be able to witness many of the architect’s great works without him following his unusual habit of spending five hours in the morning on “artistic contemplation” and then three hours in the afternoon putting employees to work on ideas that he came up with that morning.

Real Estate Investor, OSDORO
Bachelor of Applied Finance and Bachelor of Laws, Sydney, Australia.
David has been in real estate business since 2002 and has a passion for South East Asian cross border cooperation.

Is Hot Desking Good or Bad?